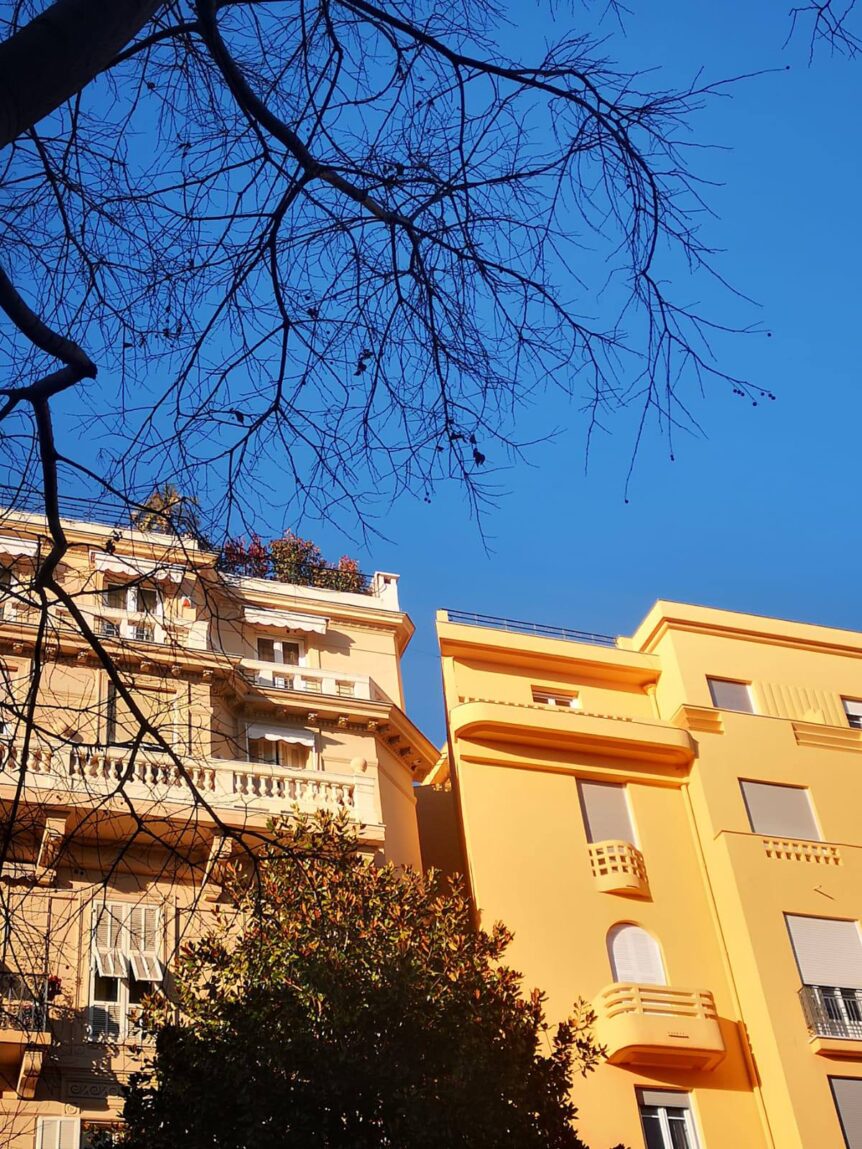 This is a photo of the buildings of 38 and 40 rue Victor Hugo in Nice. On 9 February, 1944, the Gestapo showed up at the apartment of Ludwig Baum and his 34-year-old daughter Greta. Ludwig indicated to Greta that she should try to escape, so she ran up the spiral staircase in their 5th floor apartment to the roof and jumped to the next building with the Nazis trying to shoot her. You can see the distance she would have had to jump, running for her life. She was pregnant at the time. She survived, and survived the war, but her father was murdered in Auschwitz the following month.

It is easy to walk by so many building and places in Nice today without realizing the stories which they tell us. Looking at the date, February 1944, and knowing that the Nazi came to Nice on September 8, 1943, you can understand that this family waiting in hiding for 5months before they were finally discovered. Greta ended up in America.

The Jewish Nice history is remarkable and remains little known. VIa Nissa provides visits to Jewish Nice upon request as well as research on Jews in Nice during the war. The story of Ludwig Baum is in preparation by a novelist in the United States.