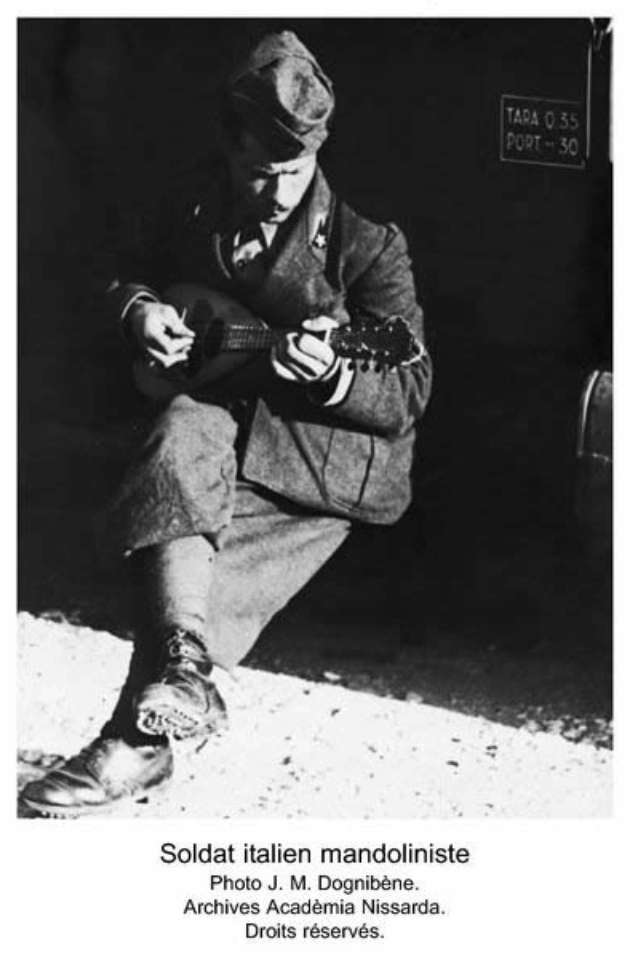 After Vichy, the Italian army arrived in Nice. It was November 11, 1942, and the Niçois were preparing for a celebration of Armistice day at Place Massena. The Italians around noon began to rain down from the air pamphlets and by the end of the day, the first Italian troops had arrived. Trucks sometimes painted with the Arms of Savoy, and propoganda about Nizza Nostra. (One man was arrested for writing “Jamais” under “nostra”. Everyone was surprised to see Italian troops, some of whom spoke the local Nissart language, and many of them had family members who lived in Nice, either French or Italian for many years. For the most part, the Niçois didn’t react, although a group of students at Place Garibaldi caused an incident when they began to whistle at the Italian troops. Quickly they were shown the soldiers revolvers.