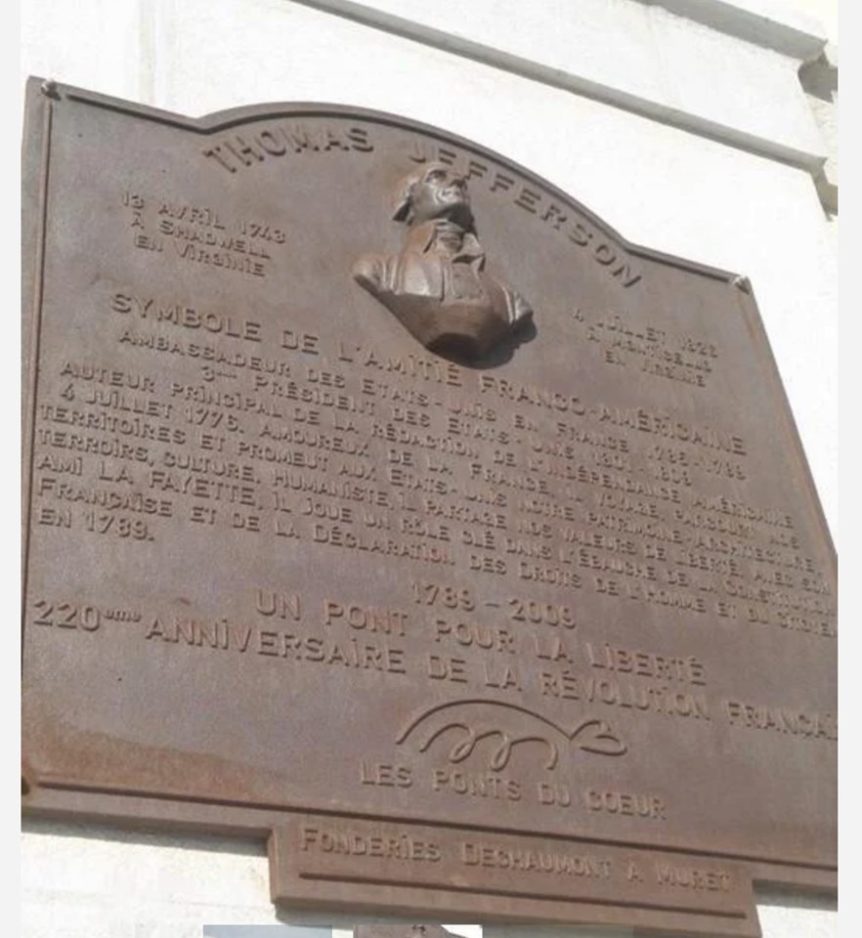 Did you ever wonder why Nice seems to have forgotten the American President Thomas Jefferson? This plaque (dated 2009) was originally on display in Nice but I had never seen it. At the Hotel de York, where Jefferson spent from April 10-13, 1789, there is a plaque, but nothing mentioning Jefferson. And Jefferson was a lover of Bellet wines, buying hundreds of bottles even in his retirement. Well, today I found out why I never saw the plaque to Jefferson and why most of you have never seen it either.