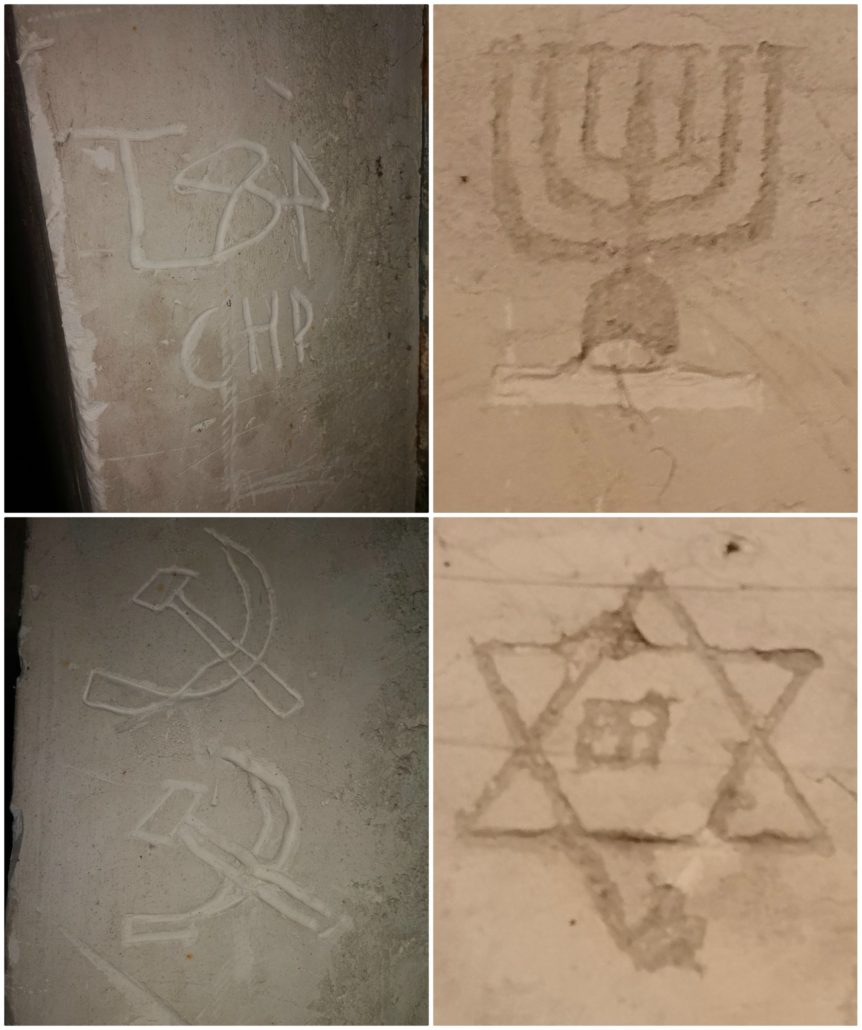 Robert Levitt wrote an article in Nice Matin blog about the symbols that can be found in the old town of Nice.

The initial entry of Jews into Nice is subject to speculation, but the first documents related to the establishment of a Jewish Ghetto in Nice, called judaysium, are dated in the year 1430. We don’t know whether the Ghetto ever became a reality because in 1448, the House of Savoy again reminded the mayor of Nice of the obligation for the Jews to live in a separate area, which would be locked at night. Recall that in the medieval period, sovereigns had very little ability to force anyone to do their bidding, especially those who, like Nice, were far away.

It appears that the Jews of Nice were once again living in their Ghetto, perhaps hidden in the basement, which had served as tunnels between the buildings and the parallel street, Rue Droite during the Nazi roundups of WWII. In the basement of a building on rue Benoit Bunico, there are a number of etchings carved into the wall.