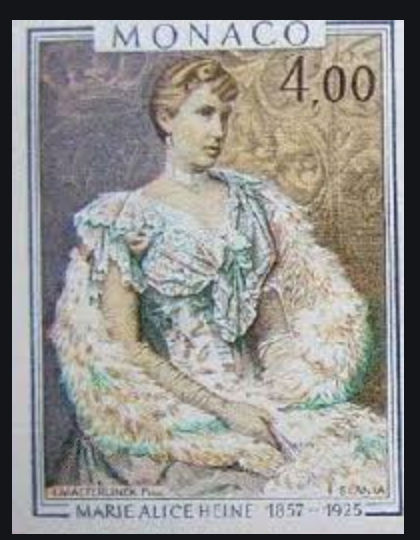 This is the story of a beautiful commoner and a handsome prince. The young woman was renown and glamorous, but without royal blood. The handsome prince when he first saw her was spellbound. She was a dazzling blond in her twenties and had the most eligible bachelors around the world seeking her hand. The prince, by contrast was a quiet man. The gossip columnists were having a field day. They knew the prince was infatuated, but would he break his countries longstanding tradition and marry as his princess not only a commoner but a foreigner? The answer was yes!

The marriage was attended by the elites from all over Europe. And while the princess was well known before, she became one of the brightest magnitude. Well you have already guessed correctly that the woman was an American and the Prince was from Monaco. We are not referring to Grace, it was another American princess. The story gets more interesting…

Monaco was known for a long-time as a mecca for gambling. Its casinos were famous throughout Europe and beyond, but there was little else. Monte Carlo was a frivolous resort which attracted flashy people, but the sophistication was entirely superficial. Monaco’s new princess accepted this, but she personally found gambling utterly boring! She told her prince that what Monaco needed most was civilization! Cultural strength! The princess went to work and showed not only her prince but all of Monaco and eventually all the world! To her adopted country she brought grand opera, she brought great theatre, she brought the very best of ballet. This tiny little principality, known up until this point as an elegant gambling den, was soon transformed into a major cultural center. And it took an American girl, a commoner, to bestow upon Monaco… the royal touch.

Monaco as we know it today, was created by that country’s first American princess. A ravishing, world renown socialite named Alice Heine. She came to the thrown of Monaco in 1889.