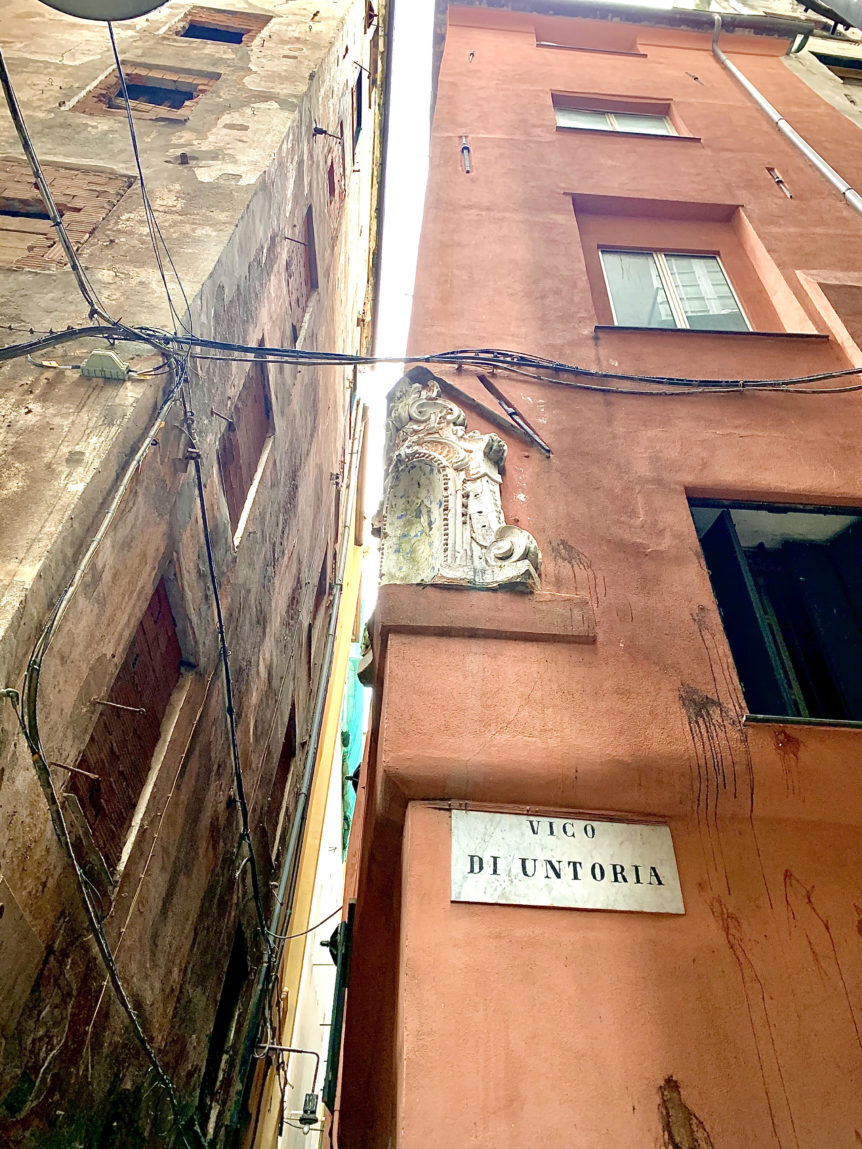 This is the Vico di Untoria, located in the heart of the Jewish ghetto of the “Lanterna” in Genoa. The empty hollow above the sign once contained a crucifix. Untoria in English means, “plague carrier” and it was the name given to the street which ran through the 17th century ghetto making no mistake in identitifying who was responsible for the Great Plague of 1656 which reduced the population of the town from 180,000 to 92,000 – the Jews.

Do you understand how it must have felt to be accused of spreading the black plague? Fast forward to today. While the Coronavirus has yet to hit Genoa, it has hit neighboring Milano and city officials in Genoa are considering whether to close the schools and essentially the city. More than 50,000 Italians living in 10 communities near Genoa are literally locked down, facing jail sentences and fines if they leave their homes.

Are they blaming the Jews? Not this time. The victims are the Chinese and newspapers are reporting assaults on Chinese for no reason other than their Asian appearance. Panic is rising and certain right wing politicians (Matteo Salvini) are talking about closing the borders, an economic and logistical disaster. The disease, the newspaper report, can be spread by those who have no signs of the virus, meaning that carriers can affect you, even though they themselves are not affected. The fear in Genoa is rising… as we are expecting to return to Genoa in two weeks, events may be cancelled. Everywhere in Italy and certainly elsewhere in Europe Asians are looked at with suspicion and fear, even those who were born locally.

Should we be worried? “Everything is under control,” Italian Prime Minister Giuseppe Conte told the media.