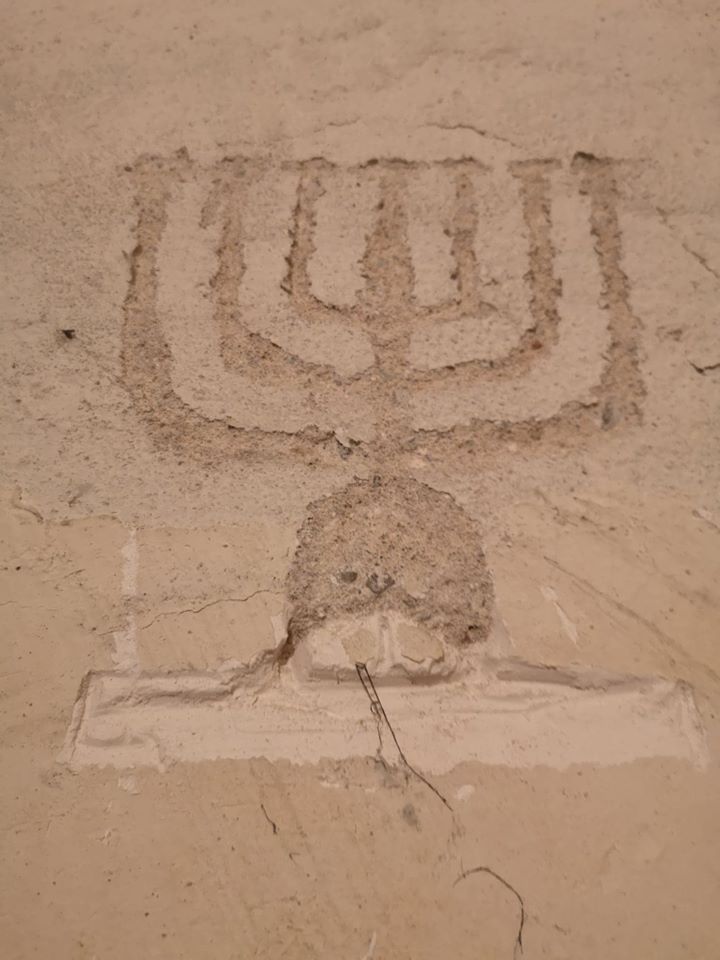 Hidden in a private cellar on the rue Benoit Bunico, the former Jewish ghetto in Nice, which may date back to the 15th century, well before the ghetto of Venice, has been found an ancient Menorah carved into a rock placed into the wall. When most people think of a Menorah, they think of what is really something else, a candle-stick holder used for the Jewish feast of Hanukkah. This candle-stick holder has eight branches, for the eight days of Hanukkah. But notice our Menorah carved into the ancient ghetto. It has only seven branches.

The menorah has a long and fascinating history, from Moses and the first Menorah, lost at the time (around 600 BC) of the Babylonian exile (likely melted down for its gold), the second, occurred during the sack of Jerusalem by the Greeks (again likely melted down – 150 BC) and the third, which was clearly taken by the Romans during the destruction of the Second Temple in the year 70. This third Menorah was shown carved into a monument in Rome to Titus and it can clearly be seen with seven branches, so our Menorha in Nice is a version of this third Menorah. Clearly for it to appear on the monument to Titus, it had to have been brought back to Rome. So, if the seven branches don’t refer to the days of the week, like that used for celebrating Hanukkah, then what do they refer to?

They refer to the Seven Disciplines. Geometry, Logic, Poetry, Arithmetic, Algebra, Astrology and Music. From the earliest beginnings, Jews were taught to study more than the sacred texts.