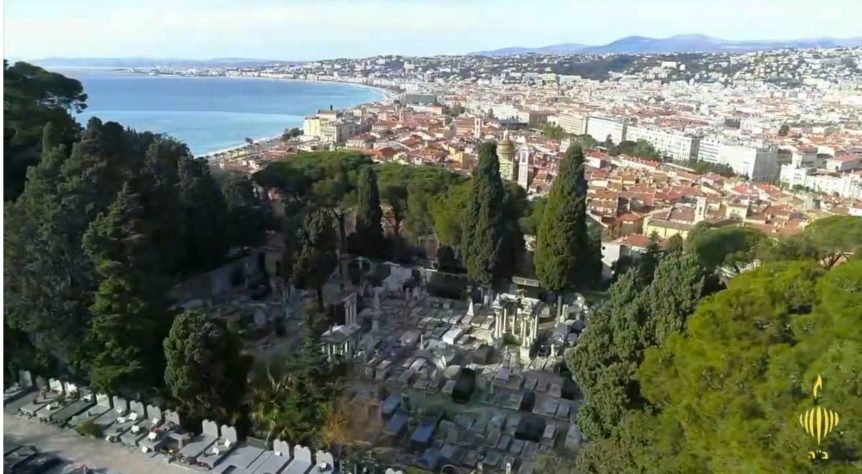 Have you visited the Jewish cemetery in Nice? It is very rare that an ancient cemetery can be found in the center of a city. One of the most moving tombstone is of a small boy who just before dying asked his parents for a train, plane, car and pine tree which they never had the opportunity to give to him, but which they painted on his gravestone. The view from the cemetery is one of the most remarkable in Nice, offering a view of the city, the East, the West, the hills and the sea. It was built in 1783, at the site of the ancient citadel of Nice. The former Jewish cemetary was located at Rue Sinclaire and many of the remains of the deceased were transfered to the Jewish cemetary with the oldest from the XVIth century. At the entrance, there is a monument to the victims of the Nazis. Join Via Nissa on a Jewish Heritage Tour of Nice.