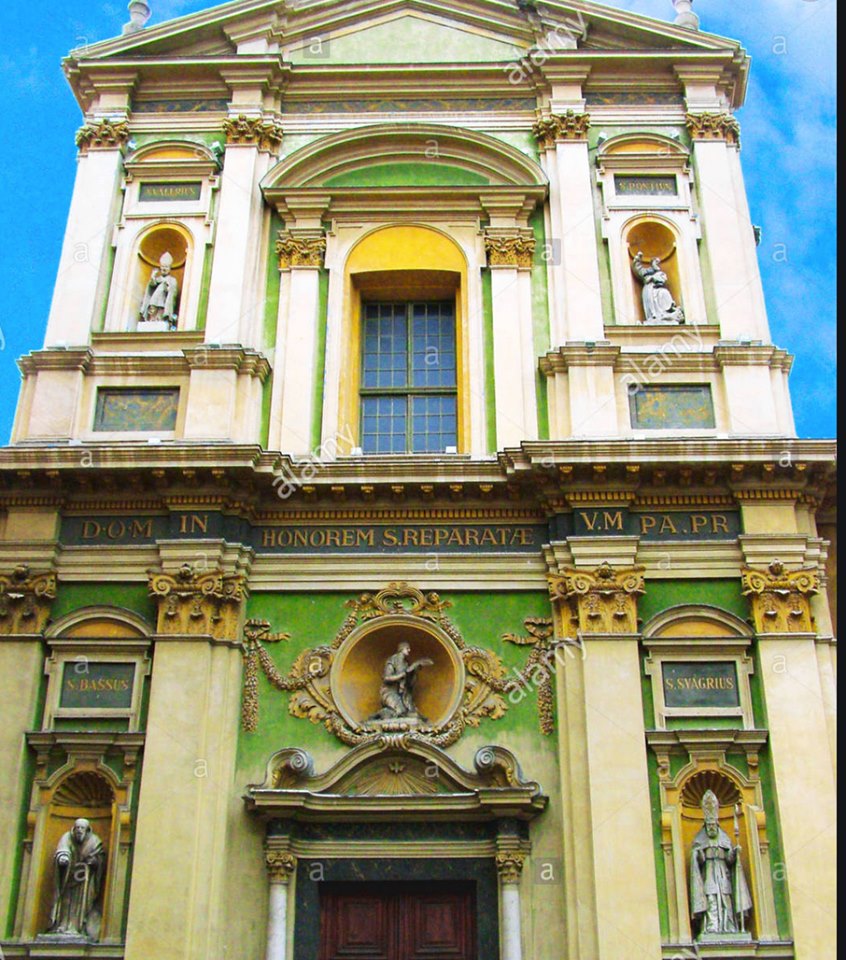 Many of the locals know about Sainte Réparate, whom the Cathedral in Nice is named after. She was a teenage Palestinian girl arrested by the Romans for being Christian. The story goes that the Romans tried to kill her by burning her, but rains came which put out the fire. Then they made her drink boiling water and finally chopped off her head. They put her head and bones on a boat and they ended up in Nice. But do you know the story of the Cathedrale during the war years of 1943-44? The Bishop of Nice was named Paul Rémond. And although the Vatican did not object to the German advance against the Jess, except when the Nazis defined a Jew as having three Jewish grandparents and the Church defined a Catholic as one who had been baptized, Rémond took a much more aggressive approach to helping the children of Nice to obtain papers, baptismal certificates, ID cards, ration cards, passports and the photos. He recruited others to both help in his clandestine efforts as well as find homes for the children. He was part of one of the most successful resistance groups during the war and the Cathedrale in Nice was one of the most important points of recruitment for safe havens. The history of Nice and the Vielle Ville become much more interesting the more you know. Join Via Nissa on a visit to the Old City of Nice.