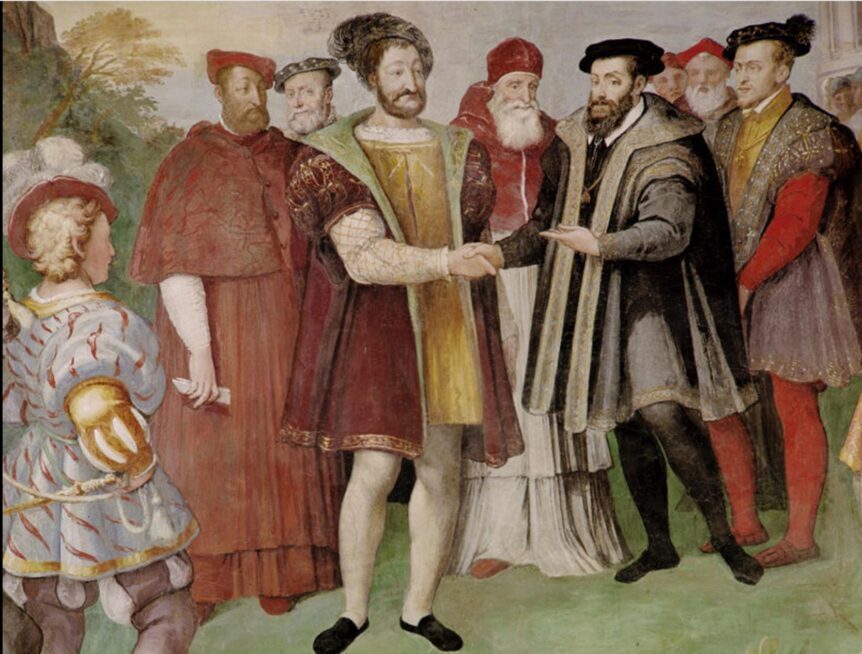 La Croix de Marbre (The Marble Cross) – Is the name of the neighborhood where most foreigners (particularly the English) originally stayed during the 18th and 19th century during the winter.

The name comes from the marble cross at 27, de la rue de France. It was originally made of wood, and was placed by the Récollets who lived in the convent of the Holy Cross behind the statue, in memory of the coming of Paul III in June, 1538. The Récollets were a branch of the Franciscan order, founded in France in the late 16th century. The Pope came to Nice to sign a peace agreement (“La paix de Nice”) between French King François I and the Emperor of the Holy Roman Empire, Charles V to end the Italian War of 1536-1538. The two men hated each other so much that they refused to be in the same room and forced the pope to shuttle back and forth.

The Consuls replaced it in 1568 by a marble cross, with the following inscription :

The cross was removed during the French Revolution. Madame la Comtesse de Villeneuve, had it restored at her own expense in 1810.