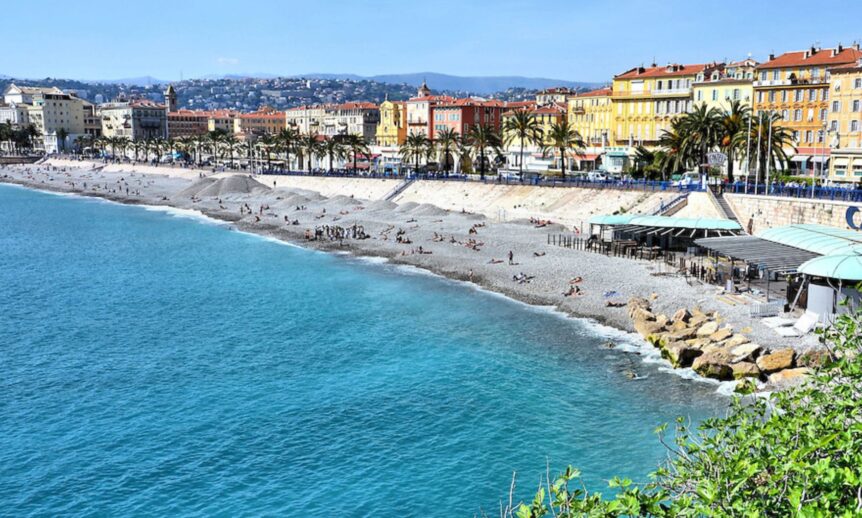 We know the sea around Nice is the Mediterranean and the area between the Monument aux Morts and Cap d’Antibes is called La Baie des Anges (Angels Bay), but where does this name come from? Some believe it has a relationship with the Cathedral in Nice where the “Angels” brought the bones of St. Reparate from Palestine to Nice in the 3rd century. Others point to the 1963 movie, La Baie des Anges, about the problems of gambling.
However, the origin of the name most likely comes from the squatina squatina (Angel shark), a combination of a shark and ray that has two fins shaped like angel wings. They are flat bodied and can grow up to 2.4 meters in length. These critically endangered species were once abundant along our coast until the end of the 20th century. The Bay of Angels was originally grounds for this fish, confirmed by a specific net that local fishermen used to catch the sharks, known as “martramaux”. Recently, there has been some sightings near Corsica, believed to be one (together wit the Canary Islands) the last remaining home and there is a Angel Shark Conservation network (angelsharknetwork.com).