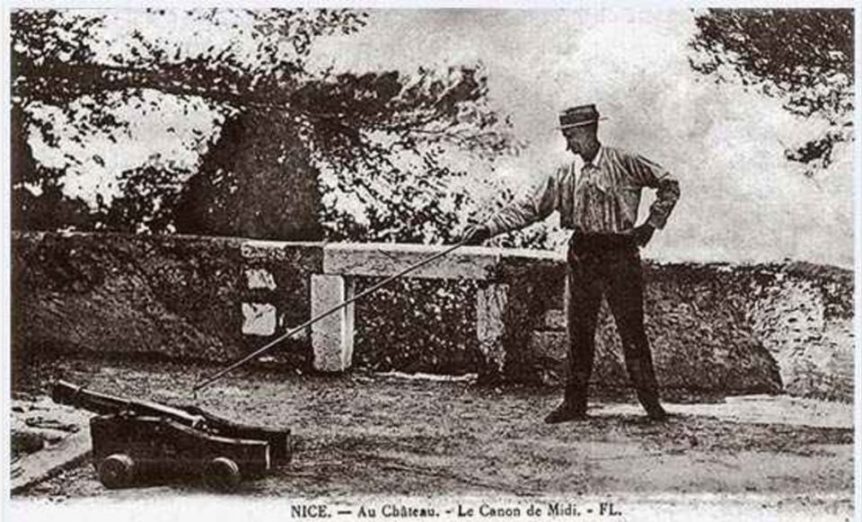 The Vieux Nice Midday cannon: Every day at noon since around 1860, one can heard a sharp explosion in Vieux Nice. This is due to Lord Coventry, a retired British military officer who took up residence in Nice. The legend has it that his young wife was forgetting about his lunch. So to summon her, he installed a small canon and had it fired at noon. Everyone got so used to it, that they begged the city to continue the tradition and the city passed a law on 19 November 1876 “lou canoun de Miejour” making the blast official, only stopping it during the German occupation of Nice. (The canon did not go off for two days only when the man responsible was unable to perform his tast). After the terrorist attack of July 14, 2016, the canon now does not go off on July 14th, out of respect for the 86 victims. The video shows Philippe Arnello, who has been responsible for the canon since 1992 but who has now retired. Nice is not the only place where a midday canon is fired. It happens in Rome as well since the mid-nineteenth century from Gianicolo Hill.