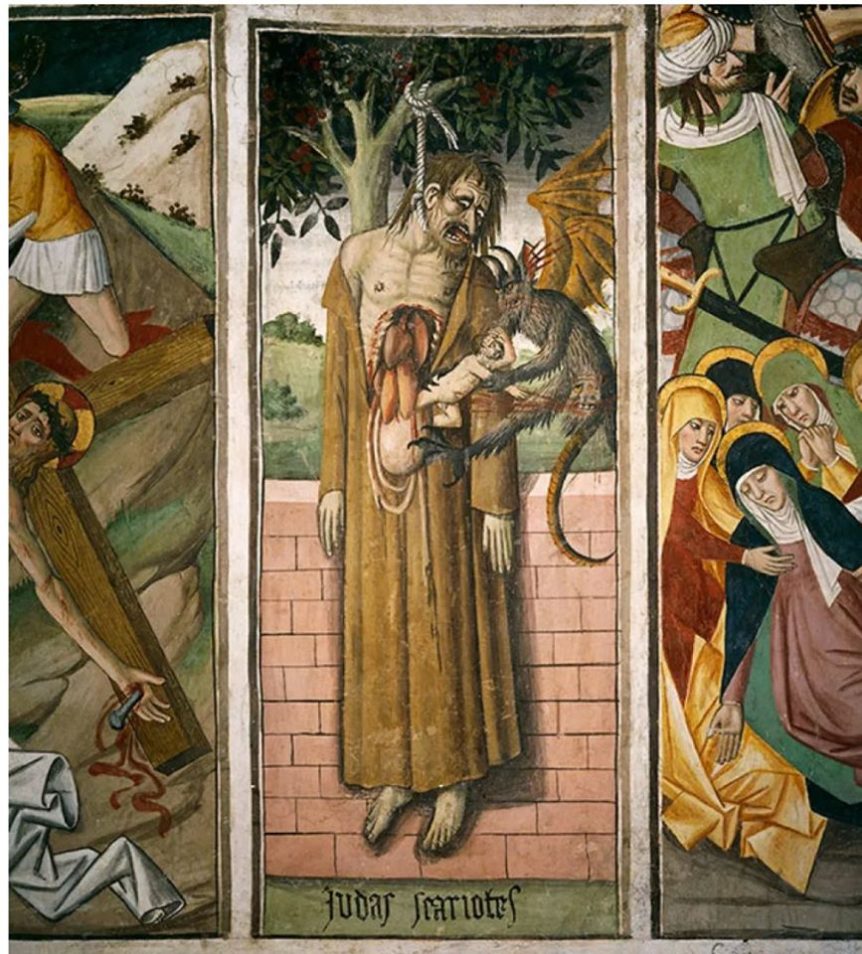 Located 80 kilometers from Nice in the village of La Brigue (formerly the Duchy of Savoy), the extremely well preserved sanctuary of Notre-Dame des Fontaines and its fifteenth century passion cycle by the artist Giovanni Canavesio, known as the “Sistine Chapel of the Alps,” reveals itself to be so rich and complex, so interesting and intriguing that entire doctoral dissertations and American university courses have been devoted to revealing its multilayered meaning. Not only engaging audiences five hundred years later and thousands of miles away, it has been the subject of academic colloquiums throughout the world. The sanctuary is notable not only for its Catholic iconography and late Medieval art, religious devotion and history, but also for its anti-Semitic encoded messages throughout the mural.

What makes Canavassio so interesting is that he was a priest who knew both the medium and the messages to be conveyed. Thus, Canavassio structures his paintings to combine the demographic and political situation at the close of the fifteen century, a period when Columbus went towards America and Spain and Portugal evicted their Jewish residents. With the right guide, Notre-Dame represents the type of complicated and fascinating story one might uncover in a Dan Brown De Vinci Code or Umberto Eco The Name of the Rose type novel.