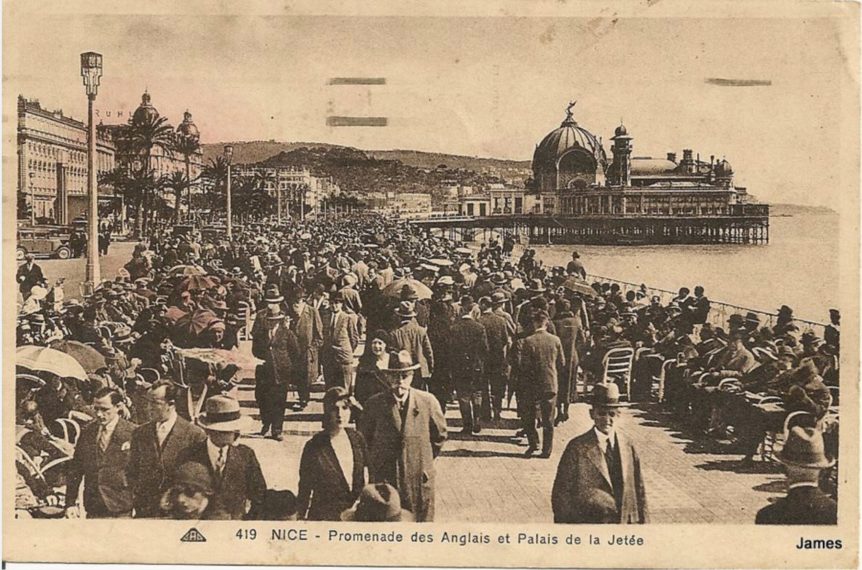 While we don’t know the date of this postcard, it puts into perspective the popularity of the Promenade des Anglais. It is clearly before WWII as the Germans destroyed the Palais de la Jetée. It was scenes like this which attracted the Jews in 1938-40 who had been expelled from so many places and who finally found the last refuge in Nice. The area between Nice and the Italian border became the last refuge for the Jews in most of Europe. As Nice had been during the 15th century.