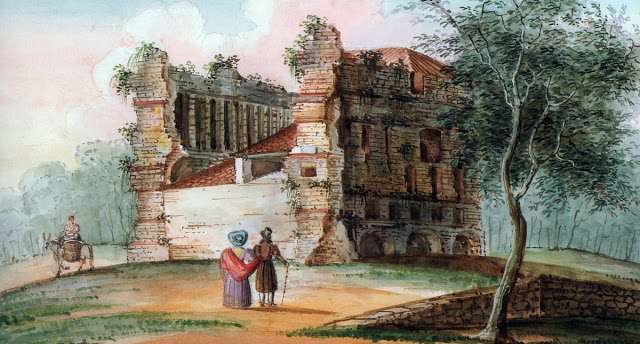 One of the most surprising facts for me is the idea that history was unknown in the past. For modern thinkers, we learn chronologically, and therefore we somehow tend to think that when we look back on history, our point of view is from today backward and therefore consider others perspective to be the same. So, someone from the 18th century would have known everything about their chronological past up until their days. But that isn’t the case. In the Middle Ages, during the destruction of the Roman empire, everything was destroyed. All the books that had been written had been lost. Nobody understood that Rome was once a glorious city as the center of the Empire. None of this was really known until the Renaissance in the 15th century when history was rediscovered. Cola di Rienzi was supposedly the only person in 14th century Rome who understood how to read the Latin inscriptions in many of the ancient Roman monuments. It was during the Crusades that we discovered Arab translations of the texts of antiquity. The German barbarian invaders of Rome had no idea what they were attacking and/or destroying. Only the Arabs who invaded Constantinople were aware and responsible for saving the past.

When travelers in the 19th century saw Roman buildings in Nice, they didn’t know what they were or where they were from and so they easily debased these monuments to use the rocks and bricks to build their homes. What was considered pagan, was considered without value. They simply didn’t know even in the 19th century that Nice was a city from Antiquity. In the 1820s and 1830s and artist painted scenes from Nice and one scene was of Les Arenes de Cimiez, the former Roman city. As we can see from the painting, the buildings were still rather preserved, but they were being used as part of people’s homes. Flash forward to today and the buildings are complete ruins. History, told often misses the most interesting aspects of what those in the past thought of their history.